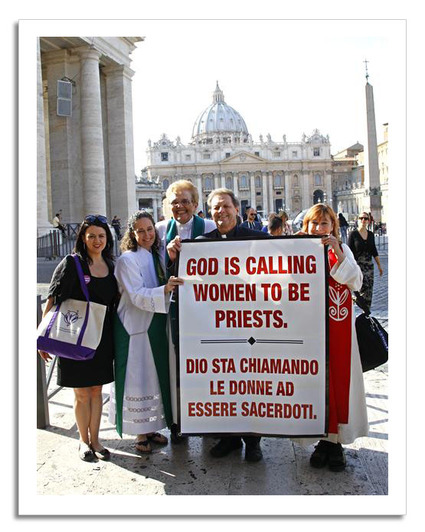 Roy joined the Maryknolls and was sent to Bolivia where he lived and worked with the poor, learning and seeing the connection of his own government’s foreign policies and what they meant for the majority of the Bolivian people.  Under the repressive rule of Dictator General Hugo Banzer, Father Roy was arrested for his work and advocacy and forced to leave the country. General Banzer had been trained at the United States Army School of the Americas (SOA) along with many other graduates responsible for acts of torture, violence and murder.

When Father Roy’s friends and fellow Maryknoll nuns were raped and murdered by SOA trained Salvadoran military, Roy wept and wondered what he could do.  When Archbishop Romero was assassinated as he was saying mass, gunned down by soldiers trained at the SOA, Roy fasted and prayed, asking for guidance and strength.  When the nineteen El Salvadoran militia who shot the six Jesuit priests as they lay sleeping, along with their housekeeper and her teenage daughter, were later discovered to be SOA graduates, Roy founded the School of the Americas Watch to be a “voice for the voiceless.” He wanted to alert all Americans that millions of U.S. tax-dollars were being spent annually to fund a school that trained murderers.  Yearly, on the anniversary date of the slaughter of the Jesuit priests and their friend and her daughter, supporters meet at the SOA at Ft. Benning, Georgia to protest the school, honor the dead and say the names of all the victims, along with a powerful “Presente.”

Kelly supported Roy’s efforts to close the School of the Americas with, not only her checkbook, but her time, talent and energy.  Kelly created the famous postcards whose photo showed the slain Jesuits being carried in their coffins by grief-stricken and outraged El Salvadorans, a powerful message of the evil of the SOA.  11,000 postcards were signed and mailed by concerned Americans demanding that the U.S. Congress close the SOA. 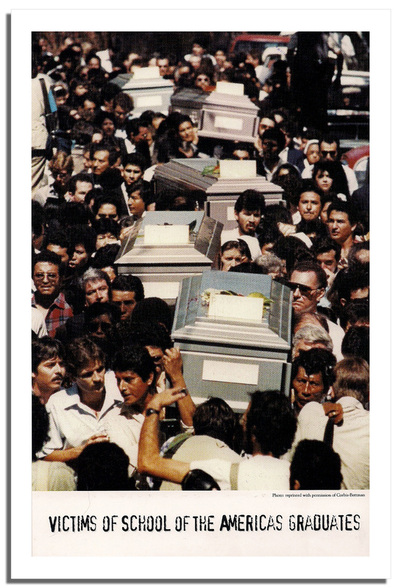 Postcard created by Kelly Ann Brown
_ Father Roy’s work for justice didn’t stop with the founding of the SOA Watch. As he works tirelessly, traveling the U.S. and many parts of the world for peace, he has encountered many devout Catholic women who shared their heart-felt belief that they are called to the Roman Catholic priesthood, just as he had been almost 50 years ago.  After much soul-searching, Roy’s hunger and thirst for righteousness led him to trust that the Catholic Church’s teachings on the ordination of women is morally wrong:
“I believe that our Church’s teaching that excludes women from the priesthood defies both faith and reason and cannot stand up to scrutiny.  This teaching has nothing to do with God, but with men, and is rooted in sexism.  Sexism, like racism, is a sin.  And no matter how hard we may try to justify discrimination against women, in the end, it is not the way of God, but of men who want to hold on to their power.”
In September 2008, Roy was given 30 days to recant his statements or be excommunicated by the Vatican.

Roy refused, quoting the Holy Scripture:
“There is neither male nor female.  In Christ Jesus you are one.”         Roy informed Rome that what they were asking him to do would force him to betray his conscience and he would not lie. Roy now knows God calls women, just as he calls men, to the priesthood.

The Vatican never replied.  They had already spoken: recant or be excommunicated.

In October 2011 Father Roy and several Catholic women priests and many followers carrying banners declaring “God is Calling Women to Be Priests,” marched towards the Vatican.  Their intention was to deliver a petition with over 15,000 signatures requesting the Vatican not expel Father Roy from the priesthood, hoping to remind them that he had been with the Maryknolls for 44 years, a community he considered family.  Pedestrians and tourists cheered Father Roy and his companions as they walked towards Vatican Square.  Soon police surrounded the group and ordered them to stop.  They agreed they’d put down their signs; they simply wanted to deliver their petition.  The police continued to object.  The police insisted that because the women were dressed like priests, an action within itself seen as a protest, they were violating the law by protesting without a permit.  Roy and the other priests tried to convince them that they were in fact priests, but the police refused to acknowledge this, arresting them and holding them for hours inside a police station in Rome.

Kelly Ann Brown was shocked and saddened when she learned of Roy’s excommunication in 2008.  Kelly was a supporter of women’s rights and felt as strongly as Roy that the Catholic Church’s teachings on this issue were false and man-made.

The mission of the Kelly Ann Brown Foundation is to honor the causes close to Kelly’s heart. There was never any doubt that Father Roy Bourgeois would have been one of Kelly’s first picks to be a grant recipient.

Roy’s letter of gratitude continues to show us that he is a messenger of justice:
“Your grant was waiting as we returned from Honduras. The SOA Watch was honored to have been invited to accompany President Mel Zelaya on his return to Honduras—after being forced into exile after a military coup two years ago. (The two top generals involved in the coup are SOA graduates.) Lisa Sullivan and I were thrilled to represent the SOA Watch and be on the plane with President Zelaya’s return to Honduras on May 28, 2011. Please know that the spirit and good work of Kelly Ann Brown lives on and you and Kelly give us hope in these challenging times.”

Click here for more information on the SOA Watch.