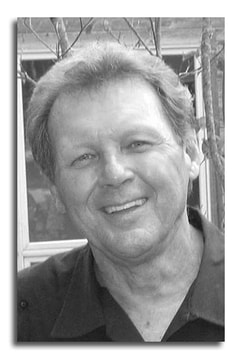 Billboards and newspaper ads in neighborhoods throughout the United States proclaim: “Stop Male Supremacy in the Catholic Church! Ordain Women Priests!” The ad and billboard campaign is just the latest effort by human rights advocate Roy Bourgeois in his never ending quest for justice and equality through nonviolent action. Undeterred by the pandemic, Roy brainstormed with like-minded activists, including women priests, on how to continue to advocate for women’s ordination when travel and in-person town halls and gatherings were deemed unsafe. The ad and billboard campaign struck them as a perfect way to continue to get their message out and abide by their belief that “silence equals consent.” It is a belief that has guided Roy throughout his life; when he sees an injustice, Roy is never silent.

During the Vietnam War, Roy volunteered to serve as a naval officer, believing initially his country’s claim that young men needed to fight communism in Southeast Asia. While there, he met a Catholic priest caring for orphaned children, and Roy volunteered whatever spare time he could. He soon realized he wanted to create a future alleviating suffering, not causing it. Roy entered the seminary, eventually joined the Maryknoll Order and became a Catholic priest in 1972. As a missionary, he was sent to Bolivia. Because of his advocacy for the poor and disenfranchised, he was accused of attempting to overthrow the dictatorship of Hugo Banzer. Roy was arrested, jailed and deported. Roy remained undeterred. He moved to Chicago and continued his work with people living in poverty. 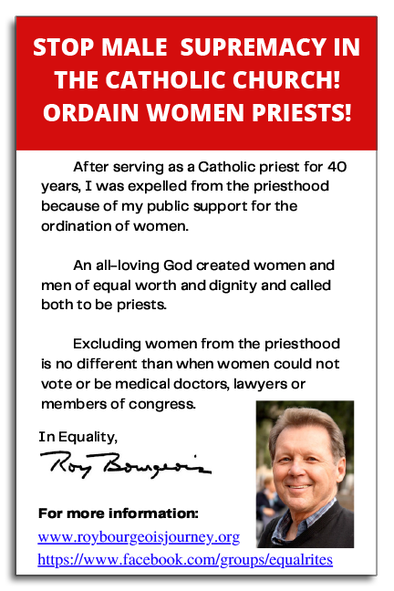 In 1980, his friends, Maryknoll Sisters Ita Ford, Maura Clark, Ursuline Dorothy Kazel and lay missionary Jean Donovan were raped and murdered in El Salvador by Salvadoran soldiers.  Roy learned the murderers had been trained at the School of the Americas (SOA) located in Fort Benning, Georgia. He further learned the “school” was run by the U.S. Army and paid for by U.S. tax dollars. Bolivian dictator Hugo Banzer, the man who had him arrested, had also gone through SOA training. Roy did not remain silent. His first protest in 1983 against the SOA has been followed by annual protests that continue to this day. He founded the nonprofit School of the Americas Watch to educate all about their human rights abuses. The list is long and includes the murders of Archbishop Romero in 1980, and the six Jesuit priests, their friend and housekeeper and her teen daughter in 1989 in El Salvador. Refusing to be silent and accept the status quo has come at a high personal cost for Roy. His peaceful protests have resulted in numerous stints in federal prison amounting to approximately four years. Incarceration did not silence him. He reached out to news outlets, wrote op-eds and gave interviews while imprisoned.

Over the years, women in the SOA Watch movement talked to Roy about their own callings to be Roman Catholic priests. Roy listened and began to question his Church’s teachings. If the calling comes from God, why wouldn’t women be called?

As Roy recalls, “I’ll never forget the small poster that the group of women gave me to share with my fellow priests when I was in Maryknoll. Across the top was a quote from Galatians 3:28: ‘There is neither male nor female in Christ.’ And below that, the question ‘What's wrong with this model?’ Underneath the question the hierarchy was shown: God perceived as male and under God the Pope, and under the Pope, the cardinals, then the bishops and priests, all male, and under that came the lay men and finally lay women. The patriarchal top-down model where men could rule like dictators.” Roy made copies of the women’s posters and mailed them to his fellow priests. Their response was silence.

Roy began to talk to other priests. Some were sympathetic, but not willing to speak out. Others shut him down completely. As Roy explained, “These men are addicted to power, and they won’t give up their power out of the goodness of their hearts. Righteous change will have to come from the bottom up, from Catholics, from women, from the oppressed.” 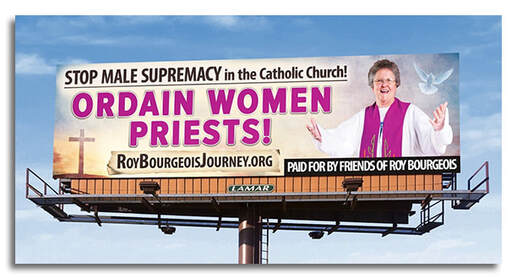 His advocacy for women’s ordination did not go unnoticed by the Church hierarchy. A letter came from the Vatican that accused Roy of creating a “grave scandal” simply by supporting a woman’s right to be a priest. Roy was given a choice: recant your position or be expelled. Roy knew that the Church’s position on women’s ordination was sexism. He knew that sexism, like racism, is a sin. Roy would not be silenced. He would not recant. After having served as a Maryknoll priest for forty years, Roy was expelled.

Despite the Vatican, Roy continues his advocacy. In his words: “The truth cannot be silenced.” As his billboards sprang up around the country, Roy received numerous phone calls of support. News agencies also took notice and stories about the ad and billboard campaign appeared in such places as New Orleans and the National Catholic Reporter.

In addition to the billboards, Roy and his fellow activists decided that newspaper ads would be effective. They started in six Catholic college newspapers, including Boston College, Notre Dame and Marquette University. Roy found it wasn't very expensive to run ads in college newspapers, which he understood would reach an important group: the future of the Church. Roy feels that college-aged students can often see injustice more clearly than older Catholics, who might be set in their ways. Roy has noticed that the ad and billboard campaign has taken on a life of its own. “Lots of Catholics are out there driving along a highway and all of a sudden, wow, they see this big billboard: Stop male supremacy, ordain women priests! It stops them in their tracks and invites them to look at their own beliefs.” And it's working. The majority of Catholics feel women are called by God to the priesthood and should be ordained.

It's sad for Roy to see the shortage of priests, but sadder still to understand that the many priests, bishops, cardinals, and the Pope would rather see many of the orders of the priesthood “go out of existence, rather than having women priests and married priests.” Roy sees this as further evidence of “just how deep the sexism and misogyny really is in the Church.”

Roy can’t help but ponder the future of the church if it doesn’t change. “I hear it from my own family members and from friends. Young people are leaving the church because of its discriminatory teachings against women and also against the LGBTQ community.” Roy has seen first-hand what is really behind the opposition by church leaders to women’s ordination. It boils down to power and the abuse of power. “The old boys club begins in the seminary, but it really becomes an addiction after ordination, when priests become very privileged. They are put on a pedestal and without even realizing it, they become addicted to power. They begin to perceive women as a threat to their power. If women are ordained that will mean a decrease in their power and privileges.”

Roy is heartened that others outside of his circle have jumped on board and are fundraising for billboards and ads in their own cities and towns. As he explains, “The majority of ads are trying to sell us something, a nice apartment, or material goods. But this ad is quite different. It's not complicated. It's not heavy theology.”

KABF was happy to give a grant to support Roy’s efforts. To date, ads have been taken out in three San Francisco newspapers.

Roy encourages anyone and everyone to fund-raise and take out a billboard or ad. We can all do our part to speak out for equality.