"As we move into 2022, Law Forward will remain true to its mission to protect and advance democracy. We will remain focused on the active fights for fair maps and maintain safe and fair elections while also standing at the ready to fight any potential future attacks on democracy in Wisconsin." — Jeff Mandell 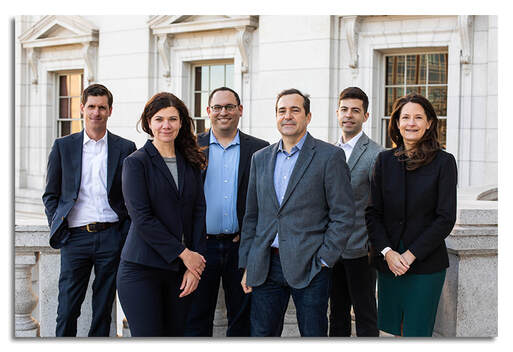 Wisconsin is a state that swings politically from the very progressive to the Trumpian ultraconservative. The worst example of the Trump influence was the crusade in Wisconsin to destroy democracy by undermining and challenging the results of the 2020 presidential election, which Joe Biden won. Once Trump lost, Republican operatives went into overdrive to contest the results. On December 2, 2020, Trump himself called Representative Tim Ramthun, who was serving in the Wisconsin State Assembly. Trump encouraged Ramthun to do all he could to overturn Wisconsin’s election, despite the fact there was no fraud.

In 2022, Ramthun ran for governor on the platform that Trump should be installed as president due to 2020 voter fraud and lost in the primary to election to Republican Tim Michels. Ultimately, incumbent Democratic Governor Tony Evers was re-elected.

Republicans are working hard to pretend to correct an election problem that does not exist. Their focus includes intimidating election workers and changing voting policies until they come out ahead. Republican lawyers have filed multiple lawsuits attempting to destroy the voting reforms that made it easier for people to vote in Wisconsin during the pandemic. Political scientists agree that Wisconsin is at the center for the fight to control election results.

In the midst of all of this, Jeff Mandell, a Wisconsin attorney, founded the nonprofit litigation firm Law Forward. Their mission is to preserve fundamental democratic principles; revive Wisconsin’s traditional commitment to clean and open government; and promote a progressive vision through impact litigation, administrative process, and public education. As early as 2010, Mandell began seeing special interest groups undermining Wisconsin’s democracy through restricting access to the polls and dismantling the framework of Wisconsin governance, which has stood for a century as the nation’s paradigmatic laboratory of democracy. Mandell could see how democracy could end in Wisconsin and spread to other states. As he told Rolling Stone Magazine, “Just as conservatives used the state of Kansas a decade ago as the testing ground for the most reactionary fiscal policies they could come up with, Wisconsin is the place that conservatives have chosen to be their testing ground for the most reactionary policies related to democracy and government.”

Law Forward uses the courts to stop these Republicans by focusing on three areas of litigation: apportionment; access to absentee voting via drop boxes; and pushing back on sham election investigations.

To find out more about Law Forward, visit their website: https://lawforward.org