“Seven weeks ago our little babe made her entrance into this world. At just 26 weeks and five days, she had a lot of growing left to do. She weighed just 1 lb 15 oz. But the first words that met her ears were my wife yelling "She's perfect!" Then I yelled "Happy Birthday!" It was a celebration. With lots of yelling.” -- Rob, Holden’s dad 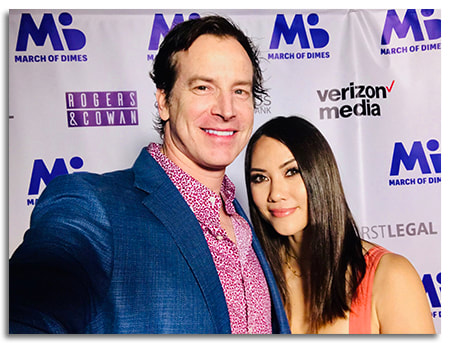 Holden's parents, Rob and Holly
KABF gave a grant in 2019 to the March of Dimes Los Angeles in honor of a little girl named  Holden. Holden spent her first four months of life living in the NICU (Neonatal Intensive Care  Unit) at Cedar-Sinai Hospital in Los Angeles. Due to the wonderful care she received there and the  love of her devoted parents—Holly and Rob—Holden is thriving. She turned four in September 2020. She’s a big feminist, who loves Frida Kahlo and Michelle Obama. The other day she saw a  photo of Justice Sonya Sotomayor, turned to her mom and said, “She’s friends with Ruth Bader Ginsburg!”

KABF learned about the March of Dimes (MOD) program that partners with Cedar-Sinai Hospital  through Holden’s parents. Initially founded in 1938 to fight polio, MOD now focuses on helping babies and their families. Every year in the U.S. over 400,000 babies (approximately one in ten) spend time in the NICU for specialized care. The average stay is 23 days. Executive Director Kari Boatner explained that the babies are well cared for in the NICU by excellent doctors and nurses; it's the parents who feel scared and alone. “The March of Dimes NICU Family Support Program brings information and comfort to families just like Holly and Rob’s during their time of crises and enhances the quality of care to improve outcomes for the sickest babies,” stated Boatner. 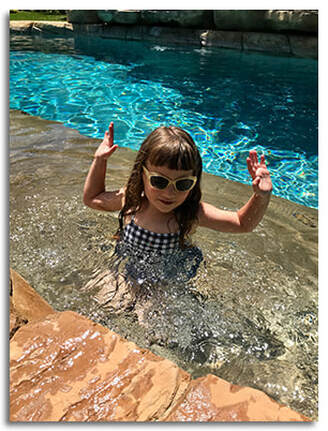 Holden’s mom Holly was involved with the March of Dimes even before Holden came into the  world. While working at NBC, Holly was one of the emcees for their annual March for Babies  charity walk, an event which draws more than 20,000 people each year. MOD’s mission is to “help moms and families through every stage of pregnancy and throughout the NICU journey. When a  baby needs NICU care, the NICU Family Support program is there to empower, educate and  support their families.”

Their resources provide a wide variety of parent educational tools in both English and Spanish that include digital resources such as My NICU Baby® and Mi Bebé en la NICU Apps. All parental educational materials are reviewed annually by the medical personnel to ensure “medical accuracy and health literacy standards.” The hospitals that partner with the March of Dimes are impressed with their NICU Family Support resources.

The goal for the Los Angeles MOD is to put forth a new two-year program to partner parents with mentors, numerous resources, and the ability to talk to other parents whose babies had spent time in the NICU.

Kelly Ann Brown loved children dearly, and her warm attention made them feel safe and adored. The NICU Family Support Program gave us a wonderful way to celebrate that love and support families in need.