We Proudly Present Our Grant Recipients for 2012 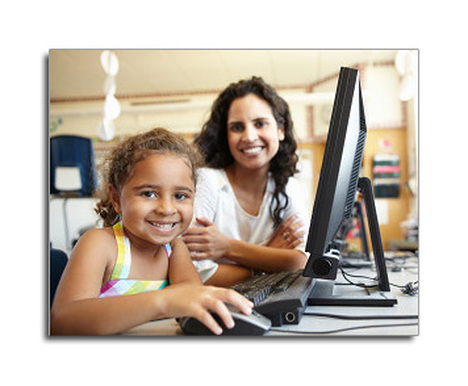 If there's a book you really want to read but it hasn't been written yet, then you must write it. --Toni Morrison

826 Valencia is both the address and the name of a unique, free, and, quite simply, spectacular after-school place for kids. While waiting to take a tour of this renowned tutoring and publishing non-profit, two KABF board members, Katy Jo and I, prowled around the entrance: The Pirate Supply Store. There we discovered that “scurvy begone” lemon jelly beans in a jar were the pirates’ dream cure for this dreaded disease. Another jar contained something equally necessary for your every-day pirate, “mermaid bait.” The actual physical property of 826 Valencia, though acquired for the purpose of tutoring and mentoring kids, was zoned as “retail” by the city of San Francisco. This potential roadblock didn’t stop co-founder Dave Eggers, who solved the problem simply by selling stuff. Hence a pirate shop was born, first to placate the law, and now, surprisingly, a successful business that helps raise funds for the non-profit. 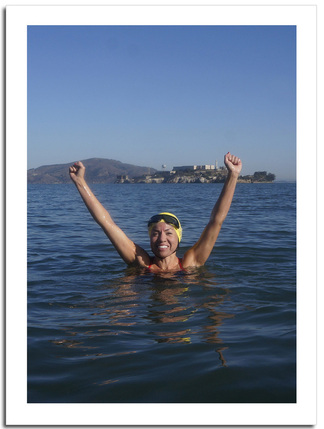 This journey has always been about reaching your own other shore, no matter what it is. --Diana Nyad (American author, journalist, and long-distance swimmer)

Kelly Ann Brown’s brother Eric Martincavage, a KABF board member, is a member of the Three Affiliated Tribes of the Fort Berthold Indian Reservation: Mandan, Hidatsa, and Arikara Nation in North Dakota.  Eric was one of Kelly’s many inspirations for working, both professionally and personally, as a devoted activist for Native American rights. Pathstar is a not-for-profit organization committed to sustainable health and well-being practices within Native American communities.

In March of 2013 Pathstar was chosen to give the keynote address at the Native American Women and Men’s Wellness Conference, the largest tribal health conference in the United States! 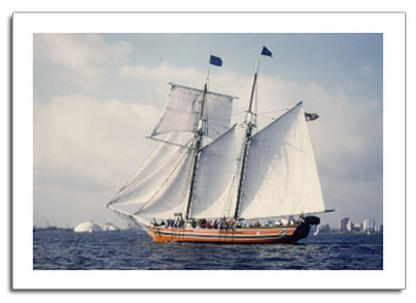 I have not forgotten how I used to take a child every year to the sea, as to a maternal element better fitted than I to teach, ripen, and perfect the mind and body I had merely rough-hewn. --Colette

Kelly’s brother and KABF Director Eric Martincavage, recommended The Los Angeles Maritime Institute’s Topsail Program as a natural fit for the Kelly Ann Brown Foundation’s mission. As a member of the United States Coast Guard, Eric gladly volunteered with LAMI’s Topsail program taking students on an incredible sea voyage aboard one of their tall ships, and was blown away by the enthusiasm of the students who peppered him with non-stop questions. Topsail, “an education and adventure experience,” gives students the opportunity to gain skills that include team-building, problem-solving, and leadership.

Center for Justice and Accountability 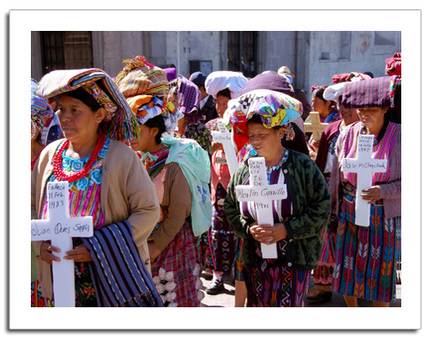 We are not to simply bandage the wounds of victims beneath the wheels of injustice, we are to drive a spoke into the wheel itself. --Dietrich Bonhoeffer (a German Lutheran pastor, theologian and dissident anti-Nazi, he was arrested by the Gestapo and executed at a Nazi concentration camp)

Read more about the Center for Justice and Accountability

Ruth Asawa School of the Arts 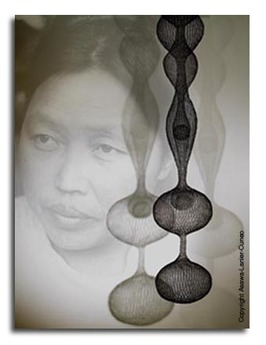 "Art is for everybody. It is not something that you should have to go to the museums in order to see and enjoy. When I work on big projects, such as a fountain, I like to include people who haven't yet developed their creative side—people yearning to let their creativity out.” --Ruth Asawa

The documentary “Ruth Asawa:  Roots of an Artist” tells the story of renowned artist and great-grandmother Ruth Asawa. As a young child Ms. Asawa and her family, along with other Japanese Americans, were undeservedly ordered into internment camps. There she met Disney animators and artists who took the time to teach her to draw. Ruth never forgot the kindness shown to her in the camp by the artists and she took away from it the importance of teaching art to children. As an adult she has been a tireless supporter of teaching art in public schools, volunteering her time even as she worked as an artist and raised six children.

Read more about Ruth Asawa School of the Arts 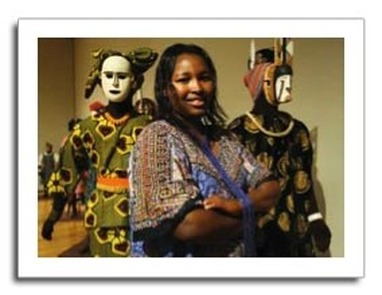 Maasai Children’s Initiative (MCI) came into existence through an unlikely connection: a Seattle attorney on holiday in Kenya and his guide, a young Maasai woman. The tour explored parts of Maasailand, including a visit to a school where Maasai students sang a song for the visitors with lyrics saying, “Maasai girls don’t need to marry at such a young age, they can learn and stay in school.” The words brought tears to the guide’s eyes and the attorney questioned why.

Sekeyian Yiaile, a reserved woman, poured out her story to a man who wouldn’t remain a stranger for long, Matthew Bergman. Ms. Yiaile confided that she was Maasai and that education has historically not been a priority for her people; over ninety percent of children do not complete primary school. Girls fair even worse; most have no schooling at all. Only 5% of women in the Maasai Tribe can read. 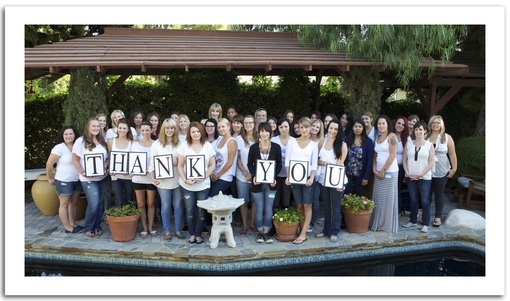 Up from a past that's rooted in pain, I rise
I'm a black ocean, leaping and wide, welling and swelling I bear in the tide
Leaving behind nights of terror and fear
I rise
-- From "Still I Rise" by Maya Angelou

Eric Martincavage, Kelly’s brother and a KABF director, approached the board in October 2012 with an impassioned plea: Can we take a serious look at Pathways to Independence? Eric told us the amazing story of how his neighbors, Dave and Joyce Bishop, helped a former student. In early 1990, Monica was only 19 and the mother of a two year old. The child of alcoholics, Monica struggled to cope with an abusive past. Not having family to turn to, she looked to her former teachers, the Bishops, for help. Thanks to them, Monica received counseling, an education, and training that led to a full-time job with benefits. Her story gave the Bishops a new calling, and in 1991, they founded Pathways to Independence, whose mission is “the inspiration and avenue for individual empowerment, personal healing and scholastic growth.”

Read more about Pathways to Independence 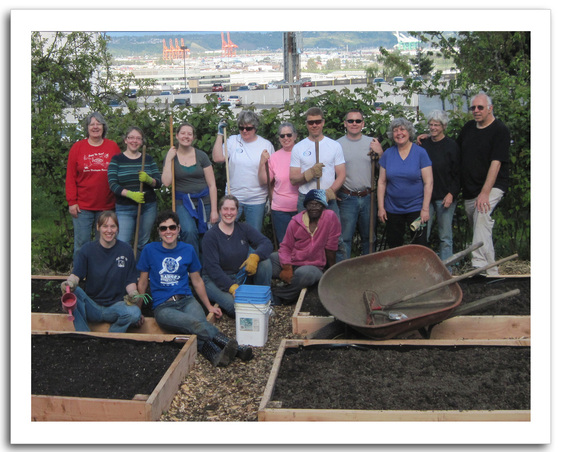 "To live, to err, to fall, to triumph, to recreate life out of life." -- James Joyce

Father Bill Bichsel (“Bix") received the news that he would be one of the first Kelly Ann Brown Foundation’s recipients when he was serving time in federal prison for protesting nuclear weapons.  Kelly met Bix 15 years ago when he was doing time for protesting the US Army School of the Americas. When Bix is not doing time in the “Big House,” he lives and works in Tacoma, Washington, where he co-founded the Tacoma Catholic Worker in 1989. Located in Tacoma’s Hilltop neighborhood, this community includes transitional housing for homeless men, beautiful community gardens, and now two houses for women transitioning out of prison: The Irma Gary House and the Ann Flagg Cottage, run and supported by the non-profit New Connections. 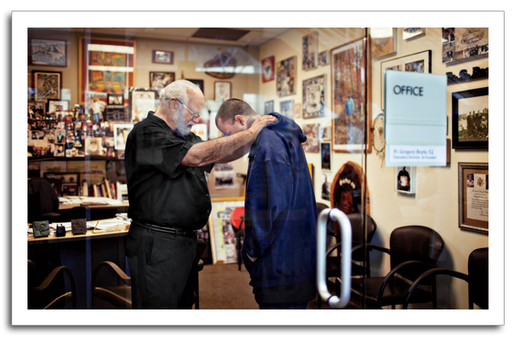 “The strategy of Jesus is not centered in taking the right stand on issues, but rather in standing in the right place--with the outcast and those relegated to the margins.”
--Fr. Greg Boyle, from his book Tattoos on the Heart

The Kelly Ann Brown Foundation was delighted to choose Homeboy Industries as one of our 2012 grant recipients. Homeboy Industries describes themselves as a community who “serves high-risk, formerly gang-involved men and women with a continuum of free services and programs, and operates seven social enterprises that serve as job-training sites.” 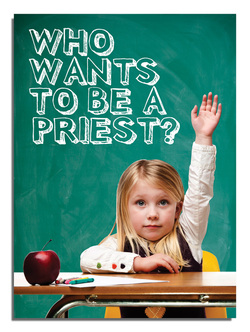 “Equality is not a concept. It's not something we should be striving for. It's a necessity. Equality is like gravity. We need it to stand on this earth as men and women, and the misogyny that is in every culture is not a true part of the human condition. It is life out of balance, and that imbalance is sucking something out of the soul of every man and woman who's confronted with it. We need equality. Kinda now.”
--Joss Whedon

When the Kelly Ann Brown Foundation (KABF) decided to fund a night of Pink Smoke Over the Vatican with guest speaker Father Roy Bourgeois, we had no idea what our nation’s women would face in 2012.

This event felt Kelly–inspired. She was a huge supporter of Fr. Roy and, of course, women’s rights—come to think of it, everyone’s rights. Somehow, even before the personal attacks on Sandra Fluke for her position on the need for birth control or the Catholic bishops’ fight against all women’s rights to contraception, we felt compelled to help in the issue of women’s rights within the Catholic Church. Or at least San Francisco peace and human rights activist Judy Liteky did...

Read more about Pink Smoke Over the Vatican 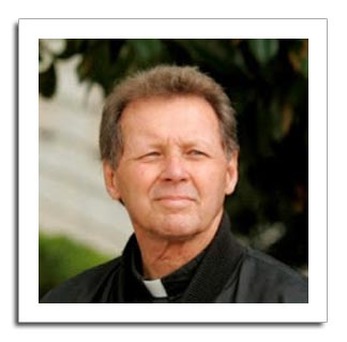 2012 highlighted a sad, isolated, out of touch Vatican and a concurring Catholic hierarchy in the form of the U.S. Catholic Bishops. Their attacks on nuns, girl scouts, and priests who support women's ordination left most Catholics feeling outrage and dismay.

As always, the Kelly Ann Brown Foundation stands with Father Roy. We thank him wholeheartedly for standing with those of us who understand that a truly peaceful, healthy and balanced world includes equality for all. 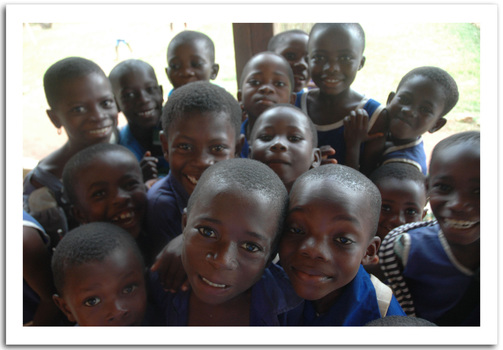 "Michelle and I are here only because we were given a chance at an education."
––President Barack Obama 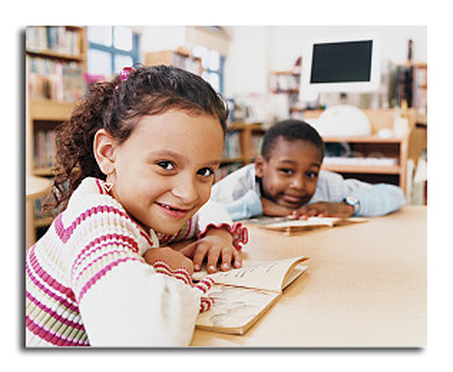 “There are many little ways to enlarge your child's world. Love of books is the best of all.”
--Jacqueline Kennedy

BookMentors is a non-profit social networking site dedicated to bringing together teachers, parents, librarians and booklovers to encourage reading and benefit students. Using micropatronage, it works to supply teachers, students, and librarians in high-needs schools with books. BookMentors.org is a site where people can give and receive books, as well as ideas. Donors recommend and buy books for schools and are encouraged to write tributes to their favorite children’s and young adult books. Teachers and librarians request, receive and recommend books, and students benefit from not only the books themselves, but all the shared reading experiences and thoughts. 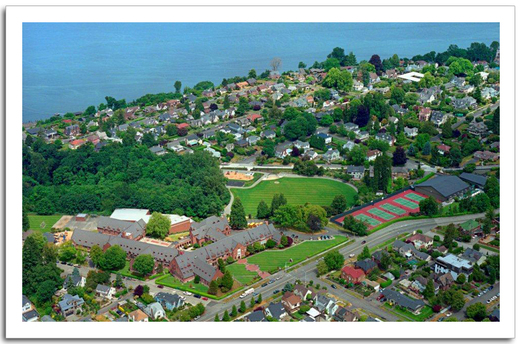 _ One looks back with appreciation to the brilliant teachers, but with gratitude to those who touched our human feelings. The curriculum is so much necessary raw material, but warmth is the vital element for the growing plant and for the soul of the child.
--Carl Jung

We hope the girls that receive the Kelly Ann Brown Scholarship at AWS will think of Kelly’s kindness, compassion, her thoughtfulness to all, especially the outsiders whom others, deliberately or not, often overlook. We are so happy that these young women have a chance to attend an exceptional school and we wish for their bright and shiny futures!