We are pleased to announce our 2018 Grant Recipients!

Most of the 2017 Kelly Ann Brown Foundation grants focused on supporting nonprofits that were hell-bent on resisting the Trump agenda of white, heterosexual, male supremacy. 2018 KABF grants have the same focus. Trump did not win the popular vote, and he won the electoral college in many key states by slim margins. Tragically, The Voting Rights Act of 1965 was gutted in 2013 by the U.S. Supreme Court, which has made it easier for racist administrators and Republican government officials to stop many from voting. In response KABF has given gladly and generously to get-out-the-vote efforts of incredibly determined and powerful nonprofits that are working overtime to empower progressives and resist Trump. Kelly was a great political strategist. We have no doubt that she would want us to empower the communities that Trump’s agenda is working hard to weaken and marginalize.

(Formerly the Haas Institute for a Fair and Inclusive Society)

“Somewhere inside of all of us is the power to change the world.” --Roald Dahl

In 2018, the Kelly Ann Brown Foundation board focused on supporting efforts to Get-Out-The-Vote (GOTV). The Othering & Belonging Institute  at UC Berkeley works to expand the electorate by strengthening outreach to underrepresented voter groups. The Institute is a multidisciplinary research center that connects established and emerging academic researchers, community organizers, communications specialists, and policymakers to find and eradicate barriers in order to build a more inclusive, just and sustainable society. 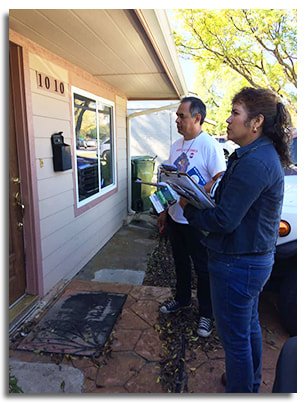 Texas Organizing Project (TOP) works to organize Black and Latino communities in Dallas, Harris and Bexar counties to transform Texas into a state where working people of color have power and equal representation. They are a membership-based organization that provides training, leadership development, and public education, as well as putting community organizers on the ground in working communities throughout Texas. TOP works to create effective ways to ensure that low income and minority communities are heard and have the power to advance the issues that affect them. By linking these issues to the importance of voting, they have built an infrastructure of grassroots community leaders and organizers who are able to increase voter participation and win tangible results.

Click here to learn more about this organization and why KABF
chose them as a 2018 Grant Recipient!

The arc of the moral universe is long. But in order for justice to prevail, it is up to us to bend it.We do that by telling our stories. By amplifying the stories of the voiceless. By voting. And by making sure we never go back to the old days. --Tyrone Beason 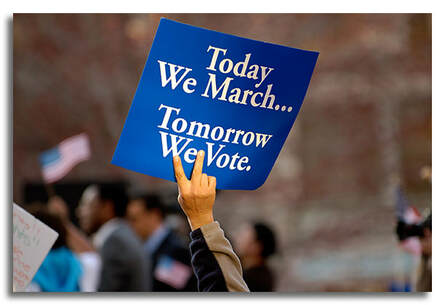 Click here for more info about this vital organization. 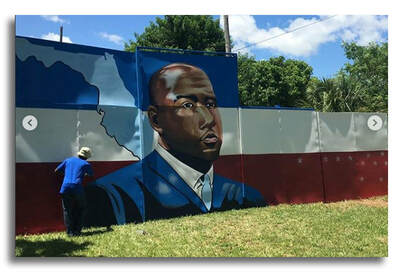 The KABF board focused on helping several key states in 2018 with the hopes of bolstering their Get-Out-The-Vote (GOTV) efforts. Florida was one of them.

The New Florida Majority-Education Fund is the 501(c)(3) branch of The New Florida Majority, a fierce nonprofit with a mission statement that pulls no punches: "NewFM is building political power of marginalized constituencies in Florida,for an inclusive, equitable, and just democracy for all. NewFM trains grassroots citizens to be leaders, mobilize communities to vote, educate the public to share our values, and inspire Floridians to take action toward their dreams. We organize people, ideas, and resources to build a powerful new vision for Florida’s new majority."

“One of the deep secrets of life is that all that is really worth the doing is what we do for others.” -- Lewis Carroll 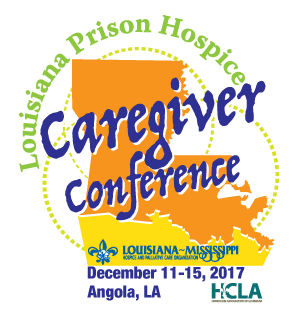 KABF Director David Brown Steward (April 10, 1969–June 8, 2018) introduced the KABF board to the heartfelt work of prison hospice in 2014.  David was always looking to help those that society often overlooks or even shuns. When David heard about prison hospice he contacted executive director Jamey Boudreaux of the Louisiana-Mississippi Hospice and Palliative Care Organization (LMHPCO).

David and his wife Maria Porter Steward soon visited the program at Angola prison. Both were impressed with the loving kindness and compassionate care the dying inmates received from their fellow hospice-trained inmates.

The Nuns, The Priests, and The Bombs

“A film of fundamental courage—a jolt to one’s conscience and a call to practical civic action, for both the planet and posterity.” --Ralph Nader’s response to the movie The Nuns, The Priests, and The Bombs

“All that is important is this one moment in movement. Make the moment important, vital, and worth living.” -- Martha Graham